Tell Tales, our blog from the rope locker. 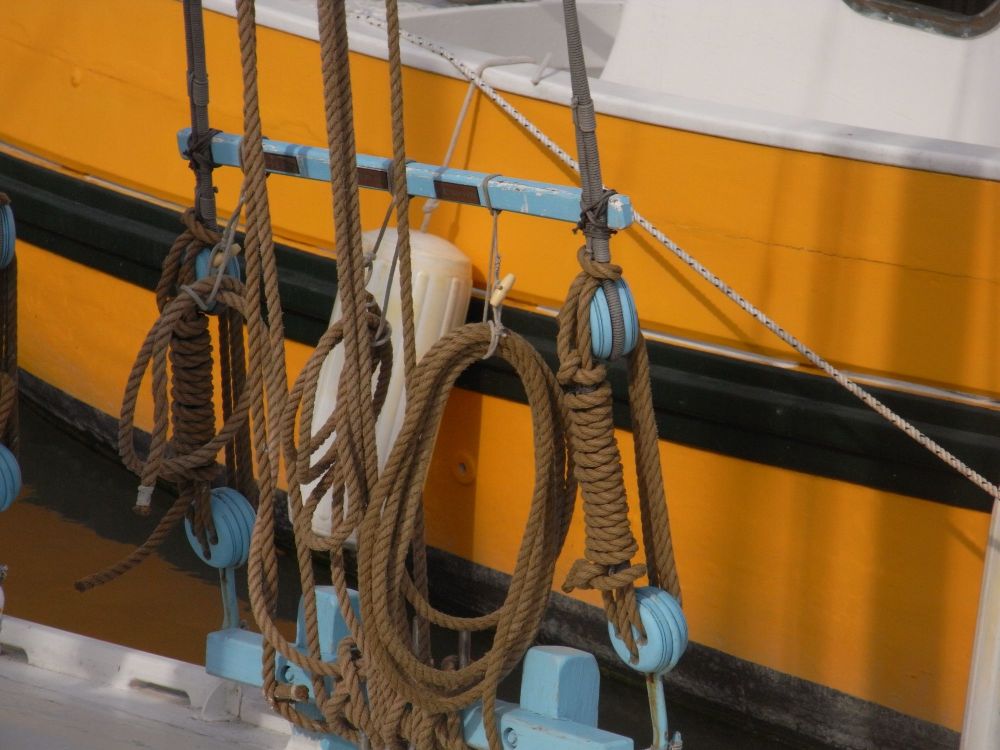 Recently I managed to buy a coil of flax cord, it was incredibly heavy for its size, what struck me was the beautiful blonde colour, and I realised why flaxen describes fair hair.

Flax is one of the earliest materials that we humans used to twist into cords and ropes. Traces of 30,000 year old flax have been discovered embedded in clay.

Actual rope fragments have been found preserved in peat bogs and other wet archaeological sites and they are around 10,000 years old. Simple knots such as granny knot, half hitch, clove hitch and reef knot were also found on Neolithic sites.

Fishing traps and nets made from flax are amongst some of the oldest items found from twisted plant fibres in Scandinavia and Switzerland.

In Egypt, papyrus ropes were excavated from a cave recently and were judged to around 4,000 years old, and they looked as well made as a modern line.

Twisted plant fibres have played a very large part of our history. They were needed to make tools, weapons, and clothing. Without ropes or twines we could not have harnessed animals, pulled a plough, sailed or explored.

Ropes and knots have been used for counting, magic and for marriage as in 'tying the knot' of course.